Can you spot the difference between someone trolling you and someone giving constructive and creative criticism?

It’s not hard. Open your eyes. Most writers need to develop a thick skin, especially those of us who are independently writing and self-publishing. Someone is going to rip you apart, tear you to shreds, or a third cliche. But are they doing it to hurt or help you?

A better question would be: Did they actually read what you wrote, or are they just calling you a shit writer for diarrhea and guffaws?

I’ve been trolled. It was a huge ordeal at first, but now I just push it away. Most of the time it’s people who don’t read anything, let alone my works of fiction. They’re low people, looking to drag anyone within reach lower. You know how they say misery loves company? So does mediocrity.

Then there’s the reviews. Unless someone drops a one-star with an obvious insult, they need to be taken in stride. But what are they saying? What can they tell you about where you might’ve gone wrong? How can this shitty review help you improve?

I seek out negative feedback. That’s probably a bad way to put it… There’s one thing I tell anyone who beta reads for me: Tear it a new asshole. Pick it apart. Does it suck? Tell me why. I want you to!

I’m no masochist… Well, maybe a little. My point is that you need this kind of feedback. There are groups and cliques on social media that do this with the presumption that only positive feedback will be given. They’re writers of a specific genre I won’t mention due to their cliques’ want to trample over all who disagree with any of their overhyped nonsense while they squeal over each other’s “book babies” with the glee of a stoned tween.

It was one from this genre that asked me to beta read. I said OK. I let them know I take it seriously, and the comments I make are out of tough love. They rescinded their request, stating they wouldn’t be able to handle it.

In other words, they wanted me to gush over the story instead of critiquing it. And this is the type of shit I’m always talking about. If you want to be a writer and put your stories out there, you need to have a thicker skin than this. Otherwise, you should just share with your gushing friends over some cheap wine and lines of coke.

I have beta read, however, for those who accept my shitty notes for what they are. I just hope they learn something that will help them improve.

This turned into a rant, so I need to take a step back. I hope my point came across though. Ignore the trolls. Accept the criticism. Above all else, learn to spot the difference.

I’ll put my money where my mouth is. Check out my first published work and give it a fair and honest review: 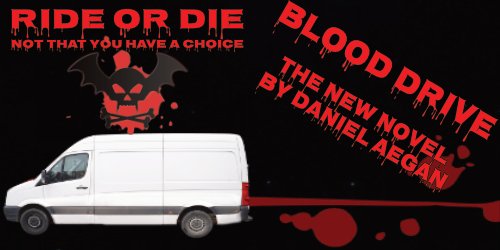