Posted on April 3, 2019 by Daniel Aegan Leave a comment

I was going to do another WIP Wednesday post, seeing as it’s that day of the week, but nothing has really changed since last Wednesday other than me getting a bunch of words written.

As a quick update on my book Operation: Maximum Chaos, I’ll just say I’m just under the 50k mark. It’s flowing really well, and the story is really leaning into its stride. 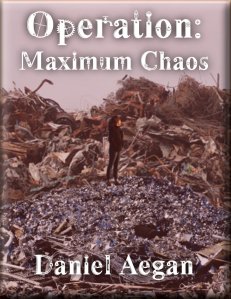 But I was distracted for a couple of days.

Ever have something pop into your head and refuse to yield? That’s what happened to me. The sequel to Blood Drive seeped into my brain, and I couldn’t let it go. My daughter was sick, so I had to stay home with her. In those two days, I pumped out 12k words for The New Council: Blood Drive 2. 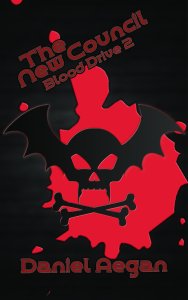 This is the first sequel I’ve written, and I’m finding myself chomping my figurative fingernails about it. Those who have read Blood Drive told me they enjoyed it. When I hinted on a second book, they were excited to hear I was considering it. They want more!!

As a reader, I love a good series. Who doesn’t? Get me a good character or four, and I’m in for the long haul. I’m not saying Blood Drive is going to turn into a series of any calibur, but it is good to have these characters back in the driver’s seat.

I have other ideas too. The yet-to-be published I’m in Sci-Fi Hell and Kai the Swordsman both have the potential for second books. I do have ideas and rough outlines. If they’re as well-received as Blood Drive has been, I’ll definitely consider getting back into those respective worlds.

Assuming I feel I can do the original stories justice. There’s still that inner hurdle to leap that says: “is the sequel neccessary?”

I can list good and bad sequels all day. Some are welcome, and some were just churned out for a cash grab. I’m really about quality over quantity, and writing isn’t how I earn my moving. That being said, I’d only write and publish a book if I feel it’s good enough to be on your shelf.

Want to check out the first book? You can get it here: